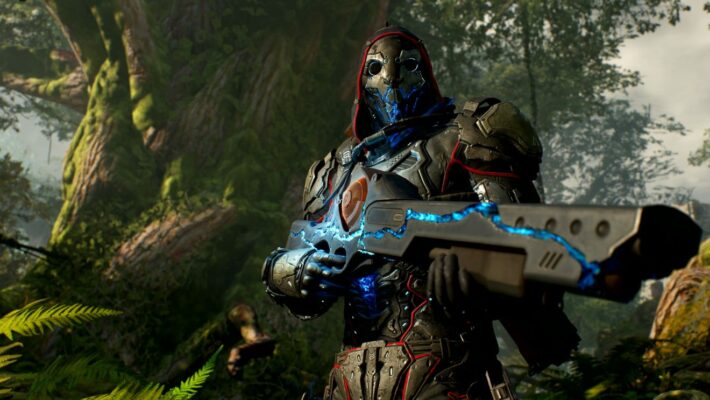 The Story Behind Outriders: A Looter Shooter Without Microtransactions

Back in 2016, the team behind Outriders split up with their parent company Epic Games to develop their own game. And four years later, this ambitious RPG co-op shooter is born.

Described by game director Bartek Kmita as a “Sci-Fi meets Savagery”, Outriders shares gameplay elements similar to titles like Destiny and Tom Clancy’s: The Division. Outriders is a game that sets itself apart by having zero reliance on microtransactions. Right as you purchase the base game, you gain access to the full breadth of the game: online gameplay, co-op, and loot hunting.

“Outriders is not games as service, so we’re not even thinking about that. The endgame is important to us because we know some people enjoy those aspects. But we don’t want to be a game as a service. We’re not saying that a game as a service is bad because for some games it’s clearly working. But we wanted to have a game that you would start and finish. A game as a service will chop the content into parts, but we didn’t want to do that.” — Creative Director of People Can Fly Bartosz Kmita’s response to an interview from USG.

Outriders is About the Story, not the Microtransactions

Outriders is a cover-based co-op shooter with a class system many Destiny fans would immediately recognize. From unlockable combat skills and crafting tools to decisional skill trees and gear modifications, this looter shooter draws inspiration from more than just a few gameplay aspects of the aforementioned title.

Given that similarity, many people would assume that Outriders falls in the same rein as other looter shooters.  Although Outriders is brimming with content in the loot department, game director Kmita emphasizes that deep and immersive storytelling is a more crucial element of the game’s direction.

The story will include dialogue options and other ways to promote its exposition, but the main crux is in the gameplay and shooter elements. Its design heavily leans towards catering to a co-op experience as well, requiring a constant internet connection to prevent hacking.

Aside from that, Kmita says that “repetition is not the core of the experience.” There are ways to repeat missions – but it’s there more for a casual co-op experience rather than a repetitive grindfest before a boss.

After The Anomaly, Your Outriders Journey Begins

The story starts in a post-apocalyptic setting. Earth met a cataclysmic demise and all of humanity was forced to venture out to find a new settlement.  During their expedition, the Outriders (scouts for the rest of humanity) stumbled upon a planet called Enoch – an idyllic and lush world that looked like a promising colony location. But as they explored the new world, a strange energy storm referred to as “The Anomaly” granted the humans and inhabitants unearthly superpowers. And with their new perks, the world very soon turned into a hostile battlefield with the colonists fighting against the creatures who called this place their home.

The game truly beings once you get struck by the energy force “The Anomaly” and are sent out to discover the source of a mysterious signal.

From there, you get to pick Outriders classes to combat the creatures of Enoch. Each class has its own power and skill list that demand different strategies and playstyles.

Let’s take a look at the four Outriders classes and what they do.

The tank character. With their unmatchable bulk, the Devastator can get up close to the hyper-evolved creatures of Enoch and deal heavy damage. They also control gravity, allowing for brutal attacks such as the Impale Ability or Gravity Jump. Learn more here.

The rogue character. The Trickster has skills like Temporal Slice to teleport behind enemies and surprise them with strong attacks during time-freeze. Learn more here.

The engineer character. They use the debris scattered around the land to make deadly turrets and release climate-altering area effect weapons. Learn more here.

The mage character. They conjure fire and work best as a medium-range damage-dealer. They are squishy, but they can leech energy from crowds of enemies or detonate thermal bombs for massive damage. Learn more here.

Whether you do co-op or not, you can progress in-game to prepare you better for the end game. This can be accomplished by fulfilling expeditions, side quests, or convoying with your friends for a chance of legendary loot. And Outriders offers all this with no microtransactions at all.

You can enter the world of Enoch on April 1st on PS5, Xbox Series X, PC, PS4, and Xbox One.