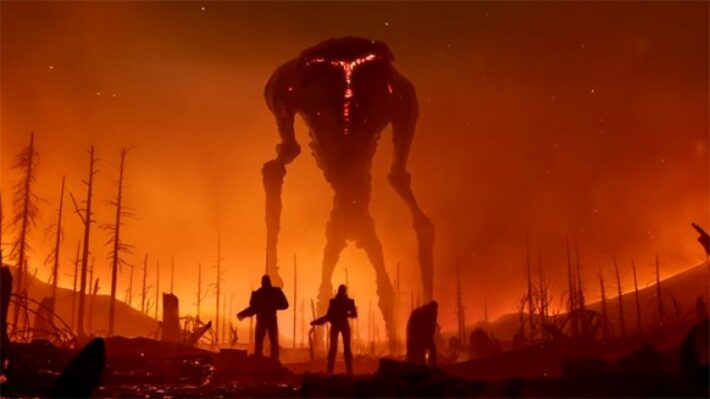 Do you ever wonder what the best skills of your favorite Outriders class are?

Many players have spent the first weeks experimenting with each class’s abilities to figure out their most powerful build. And despite the game’s recency, there are already many community-inspired builds that fare well in the end-game. And one crucial part of what makes a good build is utilizing the Outriders skills.

For those unfamiliar, Outriders is a looter-shooter that has four classes with distinct abilities you can develop. People Can Fly’s Outriders gives you four fun classes for you to choose from:

Each playable class has distinct features that play differently during combat. They each have eight skills in total, starting at just one and unlocking more as you level up.

Additionally, each class has three sub-classes that work to complement each class’s unique playstyle. You’re free to switch in and out from these sub-classes at any time using the Outriders skill tree.

The Trickster’s eight skills are classified into three main categories: Damage, Movement, and Deception. Some Damage and Deception skills also have a secondary skill called Interruption. The Trickster’s skills all work to enhance his ability to perform brutal and swift attacks, using time and space to his advantage.

A fan-favorite skill of the Trickster is Twisted Rounds. By gaining access to Anomaly-infused ammunition, this skill deals significantly more damage to enemies. This skill persists right until you reload or switch out your gun. This increased damage-dealing skill is great for Tricksters who want to surprise enemies by teleporting into combat and dealing hefty damage to anyone who stands in his wake.

Venator’s Knife is a Deception skill and one of the Trickster’s most brutal attacks. A magic-infused knife ricochets off up to five enemies in a radius, damaging and marking them. All inflicted targets will turn Slow and will receive double damage for the first 10 seconds of being marked. This skill works great in high-traffic areas thanks to its radius damage, making it easier for the Trickster to sweep past hordes of enemies.

Borrowed Time is a Movement skill unique to the Trickster. With it, you receive a slight Shield boost as well as the ability to mark a nearby location, good for up to 28 seconds. Once you trigger it again, you’ll teleport back to that marked location. This can be useful when you’re in a pinch during intense combat and want a quick way out.

Trickster also has a range of other useful skills that deserve recognition. This includes:

The Pyromancer’s main shtick is his ability to cover foes in flames, and even restore Health in the process. The Pyromancer’s skills are classified in three ways: Immobilize, Explosive, and Ignite – with Interrupt as a secondary effect for some skills. A stellar mid-range character, the Pyromancer can turn up the heat in battle, making him a fine candidate for some flashy and powerful skills.

Thermal Bomb is an Explosive attack that can Burn and Interrupt enemies, all while dealing heavy damage. Once an enemy dies while this skill’s still active, that enemy will explode and deal explosive damage to nearby enemies in a large radius. With a 14 second CD, this skill can cause a whole lot of hurt on the battlefield. It’s also one of the first skills you’ll unlock, so you can fire away stinging bombs for a sizeable duration of your campaign.

Volcanic Rounds is an Ignite skill that fills your current gun’s magazine with Anomaly-infused bullets that inflicts Burn and pierces enemies, damaging those directly behind them. This skill lasts until you reload or switch weapons. This skill is great in narrow corridors or crowded areas where enemies are clustered up together. You can mow down enemies similar to how the Trickster’s skill Venator’s Knife works, leaving your enemy’s ashes behind in your wake.

Feed the Flames is an Immobilize skill that pulls an enemy closer to you, dealing damage and restoring your Health in the process. This skill also inflicts the Ash status effect, which stops an enemy’s movement and attacks temporarily. This skill is not only one of the Pyromancer’s crowd control solutions, but it also increases his longevity on the battlefield. An alternative to Feed the Flames is Ash Blast – which delivers a stronger blow at the expense of no health restoration.

The Devastator is the tank that’s built to last strong hits and send them straight back. The Devastator’s skills are classified in three ways: Protection, Kinetic, and Seismic – with Interrupt as a secondary effect. A brutal attacker, the Devastator is a force to be reckoned with during the heat in battle, especially with his brutally powerful skills.

If you want to ready your Devastator before he jumps into battle, Golem is a Protection skill that allows you to fortify 65% of incoming damage for 8 seconds. It has a rather lengthy 26-second cooldown, so take extra precaution when you decide to use it. But either way, with this skill, you’ll protect yourself against most forms of damage from enemies.

Boulderdash is a Kinetic skill that rewards the Devastator’s lunging tendencies. Charge forward with the Devastator and give enemies the Interrupted status, all while dealing damage. Once you end the charge, you will smash the ground and deal damage to all surrounding enemies. This is a flashy attack, but one with cataclysmic potential when activated at the right time. It has a 22-second cooldown.

Tremor is a Seismic skill that creates a series of explosions around you, dealing damage and draining Health from enemies around you. With a 22-second cooldown, you’ll have many occasions to use this skill during your Outriders missions.

The Technomancer takes up the role as the long-range support specialist – and is arguably one of the most unique among the four. He has three skill categories: Ordinance, Gadget, and Decay – with Interrupt and Heal as secondary effects. The unique thing about the Technomancer is his ability to place turrets and heal allies, making him a staple on the far side of any battlefield.

Cryo Turret is a Gadget skill that places a Turret on the battlefield, dealing damage and inflicting Freeze to enemies. The turret depletes health over time (and when it takes damage) and removes itself from battle after its HP reaches zero. It has a 24-second cooldown once activated.

Blighted Rounds is a Decay skill with decay-infused bullets that inflict Toxic on enemies. Enemies within a small radius from the infected also receive Toxic and 50% damage. The ability stops once you switch out your weapon or reload. It works similarly to Volcanic Rounds of the Pyromancer and Venator’s Knife of the Trickster.

Fixing Wave is one of the Technomancer’s greatest forms of utility for any party. It’s a Gadget skill that heals allies by 33% and heals turrets by 50%. The selected target heals to that percentage regardless of distance or obstruction. This skill also has a 24-second cooldown.

The beauty of Outriders is the creativity and freedom you have in your class selection. Whether you choose the featured skills above or play with the other skills unmentioned, you’ll have a ton of fun tinkering with all the ways you can knock Enoch’s monsters to the ground.

Outriders is currently out on Microsoft Windows, PlayStation 4, PlayStation 5, Xbox One, Xbox Series X/S, and Stadia.