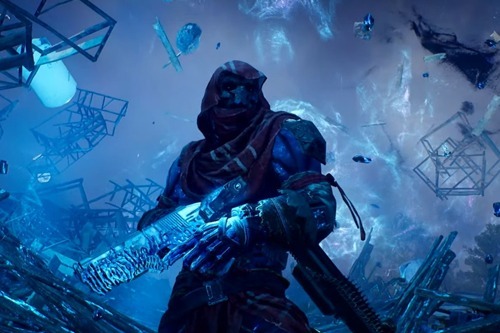 Are you looking to build your Trickster to blaze past the world of Enoch?

Outriders graces you with four classes with vastly different playstyles right as your jump into the game. One of the most popular classes is the Trickster.

With the Trickster, you’ll frequently engage in close-range skirmishes and jump in and out of combat. And with the diverse range of skills to choose from, the Trickster can become extremely powerful with the right build.

Looking for the Trickster build? Here it is:

And there you have it.

For this definitive Trickster guide, we’ll show you why the build above is the best for the Trickster to prepare you for both solo and post-campaign missions. Let’s start!

In the beginning, the Trickster skill tree branches out to three different tiers. You can opt for the Assassin, Harbinger, or Reaver build — all of which improve the Trickster in various ways.

We recommend the Assassin build for the early game. The Assassin skill tree rewards you for having great weapons at your disposal. And couple that with the phenomenal loot system in Outriders, you’ll have a blast playing this class with the array of great weapons lurking around the corners of Enoch.

To flesh it out, here’s an example. The first Skill Tree you upgrade under the Assassin skill tree is Arms Trick, which increases close-range weapon damage by 15%. This can spell all the difference in gunfights where DPS matters a ton.

The general theme of the Assassin skill tree is that it empowers weapons, whether through a specific subset of weapons (like shotguns) or damage penetrability (like increased Crit damage or Weapon damage).

Equip your Assassin Trickster with the best Weapons and Shields — and you’ll get yourself a class that can shred enemies in combat.

The Trickster, like the rest of the Outriders classes, has three skills to choose from.

All of them have great utility and power depending on their purpose. Some Trickster skills we recommend are:

The appeal of this set of skills lies in the enhancement of damage output and movement. And its ability to kill fast.

The strategy. Mark the enemies with Venator’s Knife, either up close or a distance away, then pounce with Hunt the Prey and mow them down with Twisted Rounds. This allows you to get straight to the heart of combat, increase your longevity by a bit with a shield boost, and revel in the satisfaction of downing enemies at a break-neck pace.

This set of skills can work great with the right weapons and weapon mods installed. With all those combined, you amplify your damage output to monstrous levels.

The Trickster excels when up close and personal with enemies. And a weapon that works great for this playstyle is the automatic shotgun.

These are three legendary automatic shotguns that the Trickster can utilize (and their mods!):

Be sure to select the “Shotgun Master” node in the Skill tree. Not only does this node increase shotgun damage, but it also increases the Shotgun drop percentage in the world by 12%.

This build is fantastic for Trickster players who want to shred enemies up close in the solo campaign. It’s more of a glass cannon build rather than a well-rounded one — so make your shots count.

This build skimps on longevity in favor of immense power, so consider balancing it out with fantastic legendary armor like the Ugake Otarah’s Cowl. Alternatively, enhance your gear with many great mods scattered around the world that can increase your build’s survivability, like Sharp Eye.

Aside from the weapon mods above, there are other great variety mods that the Trickster would love his hands on.

Perpetuum Mobile works phenomenally with most Trickster’s build, especially complementing the Twisted Rounds skill. This mod instantly replenishes your magazine if you kill an enemy with 35% (or less) ammo remaining in the weapon magazine.

If you time your shots correctly, you’d be gunning down enemies non-stop on the battlefield. What makes this so good is if you couple it with a skill like Twisted Rounds — you’ll never have to reload again if you play your resources right during gunfights.

Another great mod is Brain Eater, which stops weapons from consuming ammo if a shot was a critical shot. With the legendary weapons High Roller and Enoch’s Blessing, your Trickster build will have a field day dealing massive damage unperturbed. Switch between dealing damage with bosses and smaller enemies to best deliver the most painful damage output.

One of the best gears for the trickster is the Chronosuit Set.

With at least 3 of the set equipped, you get this bonus: When you revert time, your ammo’s clip gets replenished.

Trickster’s best armor once again comes from the Legendary collection, but good things don’t come easy. This legendary gear works great with skills that can revert time. So if you’re looking to switch Hunt the Prey with Borrowed Time, the Chronosuit can work wonders.

The Chronosuit armor has the complete armor gear: a mask, the Upper set, the Lower set, Gloves, and Footgear.

Here are the respective armor boosts on each piece:

With the weapon, mods, and gear in play — this Trickster build is guaranteed to slice through enemies throughout the Outriders world. Survive in Enoch with this build, either with friends in co-op or alone in solo campaigns.

Outriders is out now on PC, PS4, PS5, Xbox One, and Xbox Series.