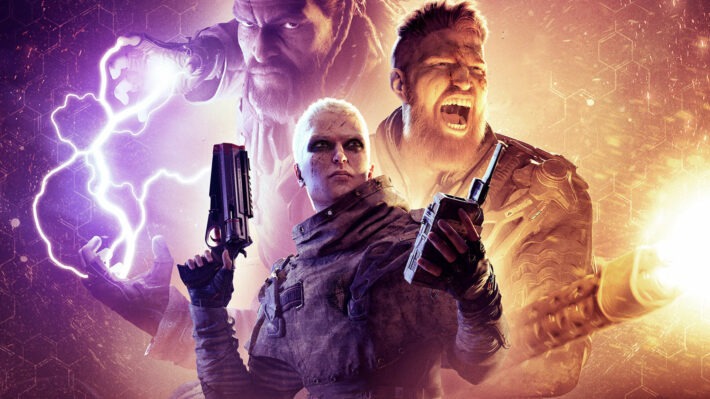 Farming for legendary loot and items in Outriders can be a daunting task. But having the best gear and armor can set you up favorably in the end-game where enemies and bosses get increasingly more difficult.

Equipping legendary armor can set you up nicely for late-game builds. However, it also comes with a cost. Finding legendary Outriders armor is pretty difficult to find, and it’s near impossible to come across if you’re still starting out.

How to Get Legendary Armor in Outriders

Completing side quests and missions is the fastest way of getting legendary Outriders armor. In particular, defeating the special bosses (Captains) grants you the best chances of legendary loot. As you play through the story points and gradually increase your World Tier level, you’re already upping your chances of getting legendary armor significantly.

Generally speaking, the first few missions and side quests give you the best shot of acquiring legendary armor early. If you don’t get good loot the first time, you can replay these quests if you’re looking to farm for legendaries early on.

“Terra Infirma” and “Payback” are the missions that you ought to play for Outriders loot and armor farming. But you are free to choose any mission to replay for legendary loot as you progress through the game.

In Outriders, you don’t start out acquiring legendary loot right away. The higher your World Tier, the higher your drop rates will be for legendary armor and loot. Legendary armor drop rates start at the base level (WT1) and gains slight percentage jumps as you work your way up the World Tier, capping at 425% increase at the highest World tier. There are 15 different difficulty levels or World Tiers in Outriders, and all players start at World Tier 1 or Story mode.

For the best chances of acquiring legendary armor, you’ll have to progress through the world of Enoch the hard way first. World Tier 1’s base drop rate is still unknown as of this time. But the rule of thumb is that increased difficult in enemy stomping equates to a better chance for rarer loot.

A Reddit update by the developer team also said that they’ve tweaked a few things. They said that legendaries will “drop naturally over time as you push your WT higher and get into Expeditions content” by advancing through the main storyline. For instance, you wouldn’t have to go to WT5 straight away for the best chance of getting rare gear.

Each class has a selection of unique Armor Set Pieces. These set pieces include headgear, upper armor, gloves, lower armor, and footgear.

If a player matches a set, it can also trigger a Set Bonus unique per Armor Set. The set bonus effects occur once you equip 3 or more armor pieces from the same set.

Let’s look at armor set pieces per Outriders class and a short description of their distinct effects.

Do You Need Legendary Armor to Beat Outriders?

Contrary to what you might expect, equipping the best legendary armor is not the be-all-end-all for beating Outriders.

Not everyone can achieve the perfect loadout complete with legendary Outriders items. That’s why upgrading and crafting weapons and armor with gear modifications are alternatives ways to getting stronger in the game. You can get by with lower rarity items like Epic armor and Uncommon armor if equipped with legendary mods. Although having a few gold-encrusted legendary gears in your character would be nice, an epic or uncommon armor with supporting mods can do the trick just as well.