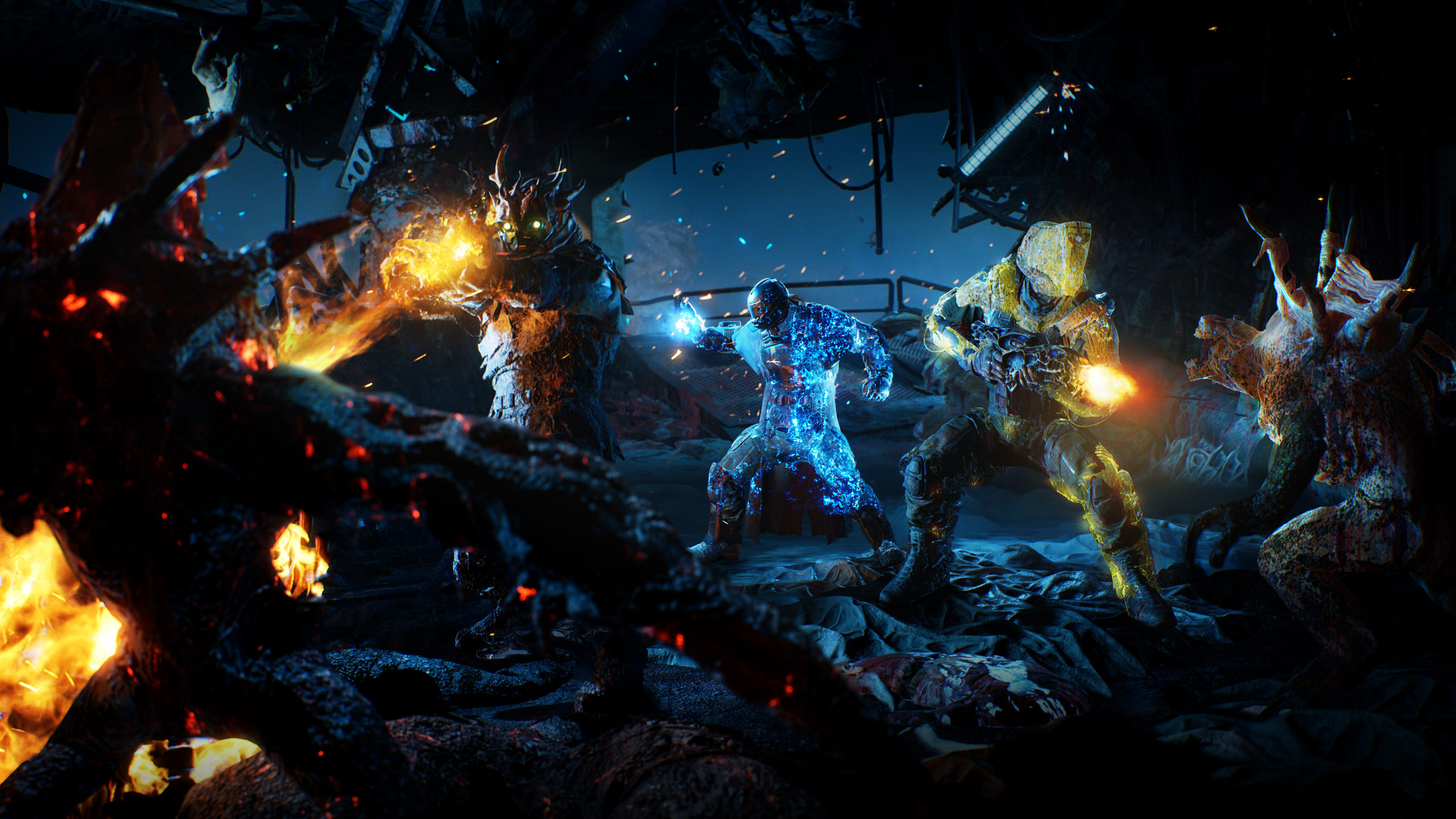 All Outriders classes are fun, but they suit very different playstyles.

Are you someone who isn’t afraid of running into the thick of battle?

Or maybe you like incinerating your adversaries with magical fire powers?

Do you like using turrets and machines to do the heavy lifting for you?

Or would you prefer jumping in and out of combat quickly, using time and space to your advantage?

Whatever your playstyle, there’s a class for everyone in Outriders. Let’s explore the different playable characters in-depth in the game.

A quick summary: Outriders is a third-person action RPG looter shooter developed by People Can Fly and published by Square Enix. The game features a full co-op experience that can be played solo or with up to three other people. At the start, your character gets imbued with mysterious energy giving you mystical powers. This grants you access to choose one of four different classes to use as your character.

And best of all, there are no microtransactions needed to complete the game.

What are The Outriders Classes?

Each class has skill trees that you can freely customize to your liking. You are also free to reset skills and get your points back if you want to try out building another skill tree. This allows you to maximize the customizability of your characters. Moreover, each class has a unique healing mechanic that’s specific to them and their playstyle.

That said, let’s look in-depth at the different classes.

If you like teleporting behind enemies and surprising them with quickfire damage front and center, you can’t go wrong with the Trickster. Players who enjoy a mix of mid-range and close combat encounters would also enjoy toying around with the Trickster’s diverse set of skills.

The Trickster is a class that can manipulate space and time with his magical abilities. He excels in close-range situations; gaining temporary shields when he takes down an enemy up close.

His skill set demands players to be dextrous and quick on their feet. The trickster assassinates enemies quickly with melee attacks. His skills are nothing to scoff at either; able to paralyze an enemy with Temporal Slice or deal damage a radius with Cyclon Slice. And once things look bleak, the Trickster can escape to safety with a skill like Borrowed Time.

Through the class tree, you can build your Trickster in one of three ways:

Whether you go for a mix of three of these class trees or a full-fledged build is up to you. Remember, you’re always free to switch to another class tree at any time. You’re free to be a tanky Trickster build like the Harbinger on one mission, and a time-space connoisseur with Master of Space skills the next.

The Pyromancer is your go-to if you’re itching to play with fire utilizing strategy, versatility, and tactics.

The pyromancer’s entire arsenal of skills revolves around fire, making him a fine choice for those who prefer their battles a little heated.

The pyromancer is a mid-range, fire-wielding damage dealer that can burn foes within an Area of Effect. Aside from melee and AoE fire damage, the pyromancer also has skills that have damage-over-time effects.

Some of the Pyromancer’s skills include Heatwave which is a fiery wave that inflicts damage and the Burn effect to enemies; Thermal Bomb which burns, interrupts, and inflicts damage on an enemy, which can cause a chain reaction if the explosion kills the enemy; and Eruption which creates a volcanic eruption behind a selected enemy, dealing AoE damage in a radius around the target.

If you want a dedicated tank that can go up close and personal, the Devastator is an excellent choice.

The Devastator’s melee does bleeding-over-time damage on top of his earth and gravity magic, making him good at toe-to-toe combat. These include kinetic damage, protection, and seismic-shifting powers. Devastators heal when enemies die around them, and by getting close to the fray, the Devastator gains buffs that increase their damage and longevity in combat.

Some of the Devastator’s skills are Reflect Bullets which stop bullets and reflect them after time; Impale which shoots up earth spikes to interrupt and damage enemies; and Endless Mass which creates a stone that attracts enemies and explodes after time, dealing heavy damage in a radius. Combinations like Endless Mass and Gravity Jump can pair well causing devastating damage to any enemies that stand in the way.

The devastator has three class trees:

The Technomancer is for players with a lone wolf playstyle that prefer shooting at a distance.

Some skills include Tools of Destruction, which gives you a heavy damage rocket launcher that doubles as a high-power chain gun and a skill interrupter for enemies; Fixing Wave, which releases 33% of health to all players and 50% of Health to all of your turrets; Cold Snap which freezes enemies in a radius; and Cryo Turret, which places an automated turret that damages and inflicts Freeze on enemies.

The Technomancer has three class trees:

Whichever class you choose, all four Outriders classes have a unique set of skills that are immensely fun to play. Get a feel of their distinct playstyles, and see which one best suits how you enjoy your game.